The Civilian Conservation Corps (CCC) Spillway in Pope Farm Conservancy built in 1938 in cooperation with the Soil Conservation Service.  As it looked on 06.20.18

Sections of highway and stormwater infrastructure in parts of  northern and southern Wisconsin crumbled under the force of this spring’s storms.  In addition to damage to roads, homes, and property, eroded topsoil flowed to the nearest stream or lake.  Especially intense were downpours from Saturday June 16 through Monday June 18 when 10′ of rain fell in a short time in Bayfield County, Wisconsin and surrounds. 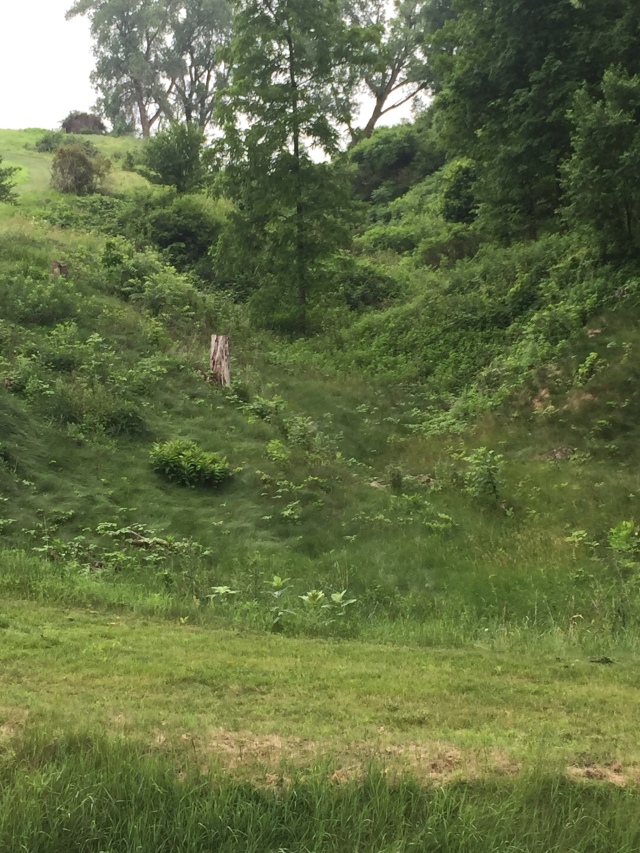 Looking north from the outlet of the CCC spillway from Blackhawk Road.  As it looked on 06.20.18

The design, engineering, and construction of the 1938 spillway is a marvel and is still functioning as intended 80 years later. For more information about the spillway design, click here.  This longevity is even more remarkable since modern day storm water infrastructure often fails much sooner.

There will be m,ore about the Civilian Conservation Corps, this CCC project and the Pope Farm Conservancy in subsequent posts.