Why Did They Cut All The Trees in the Arboretum? 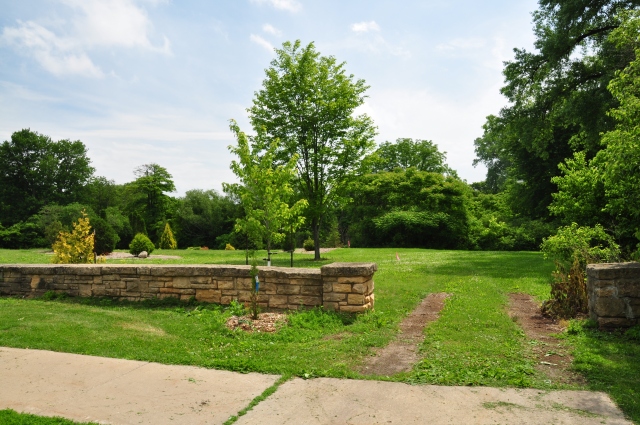 Entrance to the Secret Pond project site at Nakoma Road and Manitou Way in Madison, WI. as it looked on Day 2, of the project June 21, 2011 prior to any tree removal. Wooden stakes with pink flagging mark the project boundary. University project managers say construction vehicles will enter through the opening in the wall which will be enlarged by carefully disassembled a portion of the stone and rebuilding the wall after the project. The Frank Lloyd Wright designed and CCC built stone wall dates from the 1930's, a Madison landmark and civic treasure.

The project was to kick-off on Monday June 20 with an afternoon pre-construction meeting on site.  Arboretum staff say they were not notified of the meeting and thus were not present.

The project actually began the previous Wednesday when a bulldozer from the Veit Company, the primary contractor arrived on site prematurely.   The bulldozer tracks were coated with soil from another project–a violation of conditions placed on the project’s Chapter 30 Clean Water Act permit.  (The problem with the imported soil is that it will likely contain seeds of weeds, something not wanted in the Arboretum.  The soil is being tested to determine if it contains viable seeds.) 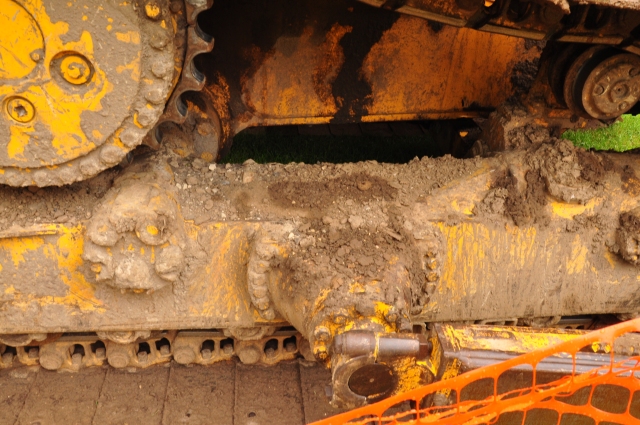 On Monday June 20 the contractor promised to remove the bulldozer, clean off the soil and sanitize the machine.  As of Friday afternoon (June 24, 2011) the machine is still on site.  Don’t hold your breath.

Tuesday and Wednesday (Days 2 and 3) were spent surveying the site and establishing the project boundary.  No erosion control fencing or other erosion prevention tools were installed. 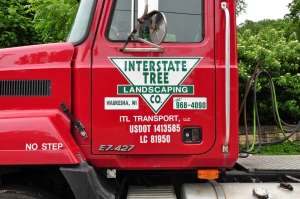 The sub-contractor charged with clearing trees and shrubs from the project footprint.

On Thursday June 23, Interstate Tree Landscaping, Co of Waukesha, WI arrived with a huge logging machine to begin the tree clearing.  This was no mere “tree grubbing” as project proponents have described the work to neighbors and Arboretum staff.

Because Arboretum staff were not invited to the pre-construction meeting on Monday afternoon, they were unaware that tree clearing was to begin early Thursday morning June 23, 2011.   They were notified at the last minute on Thursday morning of the impending “logging operation”.   Meantime, an alert staff member noticed an error in placement of project boundary; the wrong boundary  included two valuable horticultural specimen trees in the “hit zone.”    Arboretum staff arrived in the nick of time to correct the boundary error and prevent the unnecessary destruction of two valuable specimen trees.

To learn what all the fuss is about see videos of the logging at:

Not the Wright Thing To Do 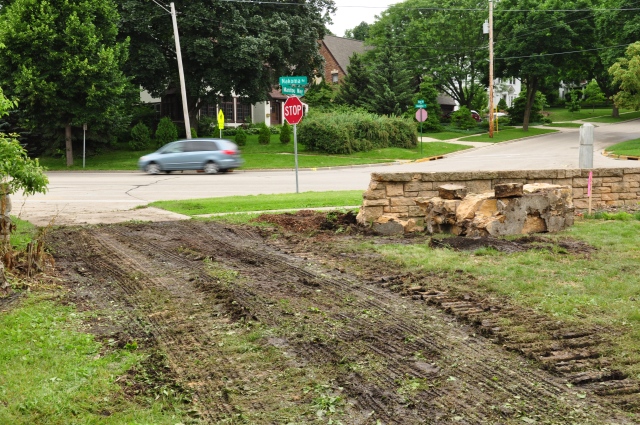 It is believed that Frank Lloyd Wright designed this stone wall in Madison, Wisconsin. The Civilian Conservation Corps (CCC) built it from local stone about 75 years ago. The CCC "boys" were at the Arboretum's 'Camp Madison' from 1935 to 1939. Workers from Interstate Tree Landscaping, Co just ripped it apart with a forklift in a moment of haste; this according to eyewitness accounts. One wonders if the stress and torque of the forklift caused other, unseen cracks and tears in the wall.